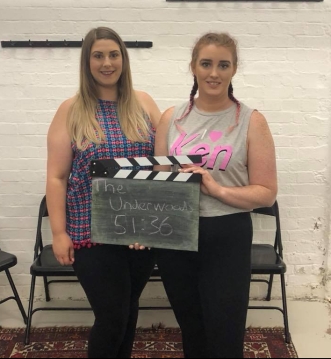 “By day he leads an ordinary life. By night, genetically mutated by his elaborate experiments with laughing gas, the so-called Green Giggler has wreaked havoc in Penzance for a long time You’ve studied him for years. You think you know his identity and have taken this chance to break into the lab of local alchemist Murphy Vhadyris to prove it once and for all. As you enter this escape room you trigger the release of one of his toxic vapours and realise that you are trapped. You have 60 minutes to escape or say goodbye to your genetic structure…”

Sam welcomed us after playing Cabin Fever, as we wanted to get straight to the second room we had a quick 5 minute break and then headed down to the lab. Sam delivered the health and safety speech and took us to the room for a very animated plot.

This is a very interesting room with lots of objects and elements you would find in a scientists office which really set the scene of the story. There is an abundance of space in the this room and will comfortably fit the maximum size team, which is 8 players in this game. At first the room was very dark but Sam told us the light is on a sensor, every now and again the lights would turn off if you didn’t move around in a certain spot, a quick wave of our arms and as if by magic there’s light.

Again this room along with the other two rooms Murder On The Night Riviera and Cabin Fever you really need to get stuck in and have a really good look around the room leaving nothing un-turned. This game is linear with good movement throughout. The puzzles are logical, observational, mathematical with a few word puzzles to figure out. This room uses coded and key opening padlocks, with a certain twist in the end to gain a clue.

Clues we given via a tv screen which has the countdown clock on. Clues can be given by the host at any time or you can ask for them by pressing a number on the key pad below the screen.

We really enjoyed our time at Eureka Escapes! This room was well presented, it has a really good collection of puzzles that are inventive, scientific and complements the story and setting well. Sam was lovely, we had really nice to chat, an asset to the Eureka team! We would highly recommend this room to anyone that is in the area. We are sad that we have completed the three rooms at the Penzance branch, but we’re really looking forward to seeing you guys again in your Truro branch for Death By Prescription and the new room! 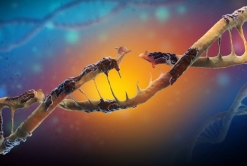 2 Replies to “The Nocturnal Alchemist”