“You’ve been caught. You have been tried and you have been convicted. You are being transferred to a maximum security prison, then Boom! The secure vehicle you were being transported in is involved in an accident. You know that the police’s response time is 60 minutes. Can you escape in time? You have to cooperate with the other convicts, who may or may not help you get out. You decide what information to share with the others, and you have to find the best way to convince them to help you. Are you ready to get out? Let’s do it!”

Our host Nikolett was warm and welcoming. we had a little chat with her about the rooms they had in the particular branch. She talked us through the brief and led us to the game to give the plot of the game.

This game is actually played in a prison transportation van and is set out how you would expect with a control seat and individual cells. Space was tight but this went along the immersion factor of the game.

At the start of this game we were split into  three cells with the person in cell one playing a vital role for the rest of the team. This was mainly a linear game with non linear sections. As a team of three there was enough for each player to get involved with while other team members complete different sections of the game. The game used a variety of electronic opens, key and coded locks and a directional padlock.

Clues we’ve given via a tv screen, the hosts can see and hear you so you are able to verbally ask for hints.

Overall we enjoyed the experience of playing this game as it was a completely different game set up from any game we have played before. During he game there were points when it was a little tedious, but I think our frustrations were mainly to do with trying to crack codes along with it being a very small space to play in as well as the heat being quite intense on the day. However we really did enjoy the how different the game was compared with other games we have played before. We would highly recommend a visit if you are in the area, and look forward to our next visit to puzzlair. 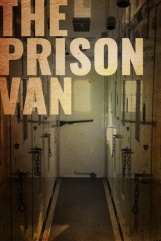