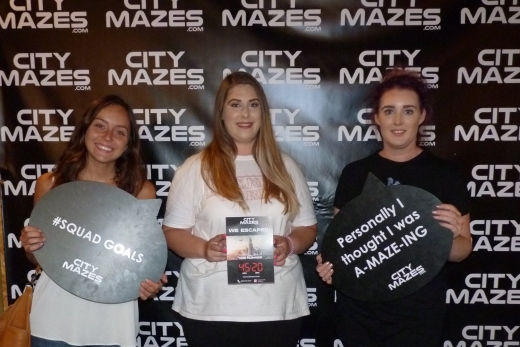 “You probably don’t remember how you got here (or much at all) but your name should come back to you soon. This area that you are in now will be only be safe for a short while, but something is coming for us all….you have about 60 minutes before this place is crawling with them…..you must ESCAPE!”

Upon arrival our host was more enthusiastic about going home early due to a hangover than hosting our game. We explained the reason for our visit as we were intrigued to play a room we had a sneek peek to as we were told it was a new generation game and the set up looked good. We told our host that we were playing the runner and she soon cheered up telling us she helped designed it. We were given the brief to the game and handed our walkie talkie.

Was little dim with writing all over the walls, the game doesn’t have many props but as you move through the game the decor gets better and really represents a lab. The rooms wouldn’t fit the maximum team size, we would recommend a maximum team size of 5 maybe 6 at a push.

The game is very linear and flows easily however there are so many red herrings to put you off and cause frustration. We wouldn’t describe this game as a ‘new generation game’ as its just a few maglocks and an ipad. The room uses a mixture of coded and key padlocks as well as automated openings.

Clues were given by walkie talkie which we had to turn off due to people disrupting the signal.

Overall this room and our previous room Abandoned Office needs to stay abandoned. We were disappointed to find that the room we played wasn’t a room we had a seek peek in; they had actually removed this game as people were escaping within 15 minutes !! The room was frustrating and not fun with all the red herrings, mixed with another team tuning onto our walkie talkie channel shouting and screaming with the host not caring but in fact laughing until we turned it off. We felt that the game ended abruptly as when you are playing it seemed there would be another section when in fact you were opening the exit. We were very disappointed with this game. The customer service we received after an online survey was good, they reassured us our complaints would be looked into. Although our experience wasn’t the best at our last visit curiosity got the better of us, however after this second chance, we wouldn’t be rushing back to play another game at a city maze branch in the future. 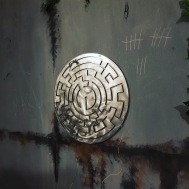 One Reply to “The Runner”