“Rudolph has been stolen and you and your team have been hired by the SES (secret Elf Service) to solve the clues and find him.”

Our host was new which surprised us as he seemed to pick everything up well, we had a little chat, given the brief and then led down to our room and given our plot.

The room is spacious and would fit the maximum sized team of 8 with ease. There are a lot of props within the room however not a lot of decoration on the walls however this doesn’t effect the game.

This was a linear game with a really good flow and indication of what needed to be done next. This room consisted of padlocks ranging from key and coded locks; there are a lot of locks in this game 24 to be exact but they had been subtly labeled which was nice as there wasn’t a need to try multiple locks which could possibly get tedious. This is a fast paced game which involved a good rummage and collecting items along your way which you may not immediately need but would be handy to have around at a later stage. Being organised in this game was key for us, along with a good memory of previously solved puzzles, although we had a little nudge to jog our memory. There is a good mixture of puzzles which included, a lot of observation, logical, and mathematical. There is also a puzzle which needed good team work and a little skill and was very satisfying when we final managed to complete it.

Clues were given on a screen located in the room, to ask for a clue you typed a number on a keypad.

We have enjoyed playing previous games at the Penzance branch of Eureka and again had a fun time playing this seasonal room. Although there was a lot of puzzles to complete this kept us on our toes throughout, creating quite a fast paced game for the two of us. As this was a linear game it would suit smaller teams, with a larger team players may find themselves on the sidelines at times. This is a really good room for families or younger players to get involved with due to puzzles being accessible to all and the theme would appeal to younger members of a team. As this is a seasonal room it won’t be around for long, but we are excited to see what Eureka have in store next. 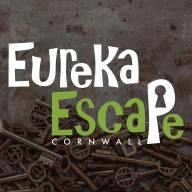 One Reply to “Where’s Rudy?”