“Following a robbery at Professor Enright’s mansion, a body is found on Dartmoor with a ransom note claiming hostages have been taken. Ascertain who is behind the kidnapping and where the captives are being held. A hostage will be killed every hour, on the hour and the clock is ticking…”

Peter and Ann were great hosts, we were greeted on arrival with a cheery smile. Before we started we had a chat about previous room experiences and how their other room has been going as we have previously visited before and played Professor Enright’s Enigma. Peter went through the safety brief but there was an announcement on the radio, after this we entered our room.

The room starts off a little dark, but you are provided with torches and it does get lighter as the game progresses. The decoration of the room compliments the story very well, with all of the props in keeps If with the theme. There was one prop which surprised the both of us as we have never seen it in a room before.

This game has a really good flow throughout. There are non linear aspects which came together in the end. There is a little searching involved with this room, puzzles were a good mix of observational and logical; and a mixture of key and coded padlocks.. This game has three endings depending on timing and information you provide from your findings which we really liked as it was a cliff hanger to the end of your game.

Clues are given via a tv screen with a distinct noise to draw your attention. the hosts can hear and see you so we gave them a little wave when we needed a nudge.

66 minutes 23 seconds but we found a culprit and their location !!

Overall we had another fantastic hour (and a bit) at Devon Escape. You can really see their passion for escape rooms as it beams out of what they have created. After playing Professor Enright’s Enigma we were very excited to return to play it’s sequel and they didn’t disappoint. An aspect of what we love at Devon Escape is they incorporate the surroundings of their location into the theme and game play which gives them a real uniqueness. We also loved the alternative endings, this was very immersive and we were on tender hocks waiting to find out what was going to happen next, this was a brilliant ending to the game. We would really recommend a visit if your in the nearby area. We cannot wait to play D-day For Devon when it opens. 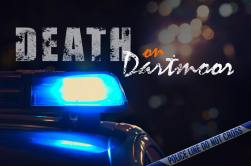 2 Replies to “Death On Dartmoor”